What is the essence of being a woman?"Just being a woman is god's gift that all of us must appreciate. The origin of a child in a mother is a woman. She shows a man what sharing, caring and loving is all about. That is an essence of a woman." 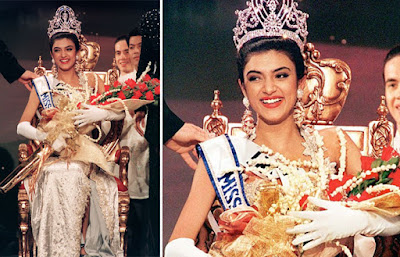 With these words, she won the heart of the world and became first ever "Miss Universe" from India. It is not every day that 18 years old speaks of tyrannised children or explain the essence of a woman. Sushmita Sen was the youngest among 77 contestants from all over the world. The wondrous fact was that the gown she wore for the final round was designed by her mother and stitched from the lesser known tailor of Meena Bazaar. Witnessing the masses of people in the audience was inspiring and an honour to document as a woman and as a citizen. Her charming personality and radiant approach towards life made her ultimate icon for many. 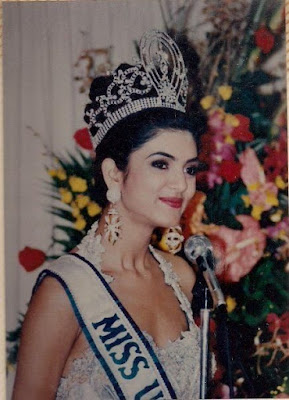 "What made me win Miss Universe was my belief in as on average Indian girl, that I could try and be better than average one day"

Flash back in memory to actually experience the moment of history. She was quite young at that time, but a big fan of that beauty pageant. At the age of 15, she won her first public appearance. Sushmita Sen attended different schools as her father was in the Airforce. Since these schools were Hindi medium, she couldn't speak well in English until 16. However, she later picked up the language and mastered it well enough.
When she applied for the Femina Miss India Contest in 1994, Aishwarya Rai, who was already very well known face in glamour industry has also applied for the same contest. Many contestants withdrew their names after hearing because they felt that she is going to win it anyhow. however, Sushmita didn't let the oppression dominate her. In the final, there was a tie between Aishwarya and Sushmita as both had scored 9.33. Shusmita beat Aishwarya by 0.2 percent, but both the women have represented India on the global platform. 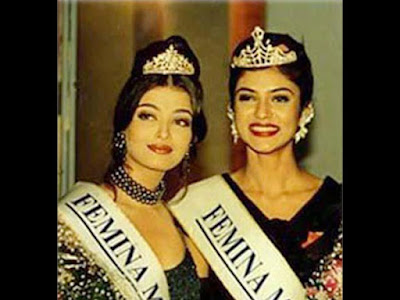 "I don't like the word "sacrifice" or "Compromise". Anyone who is too into this sacrificing concept has very low self-esteem because they want to martyrs at the drop of the hat. Not stand up for yourself."

Sushmita is the strong, majestic woman and isn't afraid of asking for what she want. She made her Broadway debut in the movie "Dastak". Her comic role in "Biwi No 1"gave her recognition and she won Filmfare and another 3 popular award in the category of Best Supporting Actress in 2000.  She won Zee Cine award for the woman-oriented movie "Filhaal". Sushmita Sen has not only proved that she is a very talented actress, but she has also shown how diverse she can be. One of the influential hit was "Main Hoon Na" in 2004 and she looked stunning in that movie.

Sushmita Sen has been working in the entertainment industry for many years now has appeared in a huge amount of movies and giving us some fantastic movies. She honoured with the prestigious "Rajiv Gandhi award" for her achievements in the film industry in 2006.

Sushmita has been not only active in entertainment and glamour, but she has also contributed towards the humanities. She is associated with many social, charitable trust projects and NGOs. She loves to contribute to the child's welfare and educating the girl child is one of her priorities. She has received "Mother Teresa International" award for her contributions and she is also the founder of "I AM" foundation. 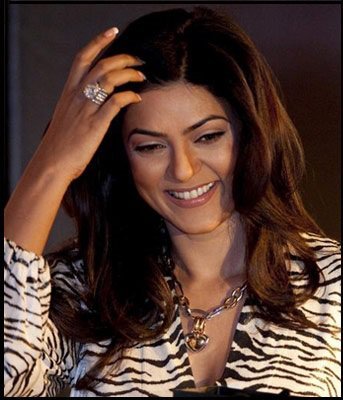 I love my father. He once told someone "Please look at my daughter. Do you think I've raised her in a way that her only identity is to be someone's wife's ?"

Sushmita Sen is not an ordinary woman, at the peak of her career, she decided to adopt a child in 2000. Many eyebrows were raised as she was a single woman, but she wasn't bothered about what people thought about her. She focused on the validity of own instead of the opinions of others and beyond all social and economic barriers, she followed her heart. Sushmita sen was not given the permission to take the guardianship of her first adopted child. However, later the High Court Redressal the appeal and it went in her favour. She considers adopting Renee as the most cherish moment of her life. She has experienced again this beautiful moment of motherhood in 2009 after adopting Alisah, her second princess. 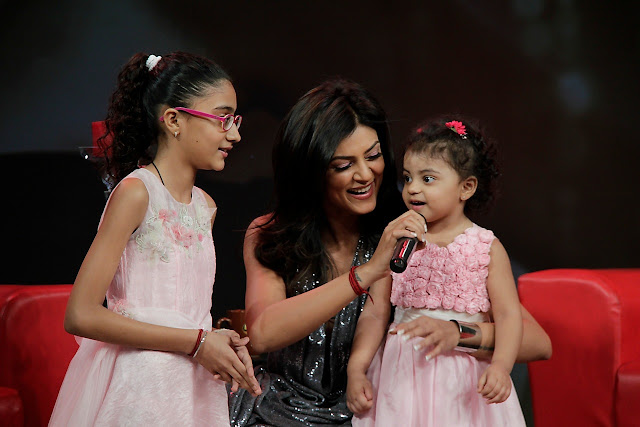 "The world would be a better place if the woman decides what she wants for herself."

She is very caring, strict mother and also have the deepest love and commitments for both of them. She is very particular about her daughters getting educated first in their life. Recently she has given a speech in the annual function of her daughter's school. She always accompanied by her daughters at the major events. She has been emerged as a brand icon, having the influence to command the world. 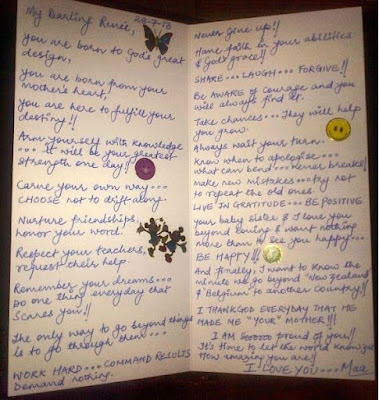 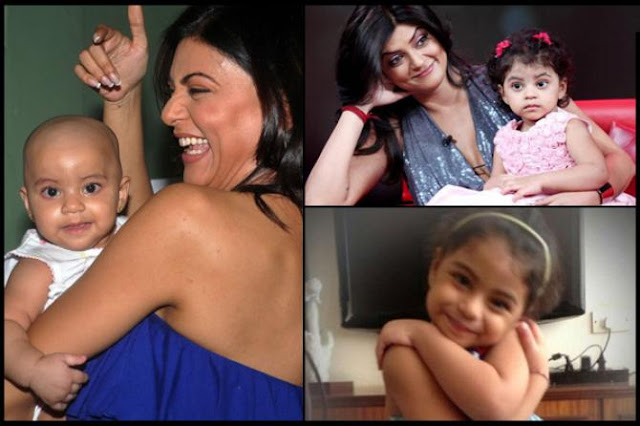 "My father named me Sushmita- which means a beautiful smile. So I guess  I'm Stuck with it!"

Life isn't about restricting things you enjoy and one should not forget living while making a living. Sushmita is rocking in her career and there is nothing quite as brilliant as women with confidence and ambition. On being quizzed about her solitaire ring, she said "I don't need a man in my life to have diamonds. I can own them myself ." She loves to travel all over the world and her daughters are her travel companions. Very few people know that she is renowned Philanthropist and earned a degree in journalism. She possesses a poetic quality and love to write poems and proses. It might be because her maternal grandfather was a poet. 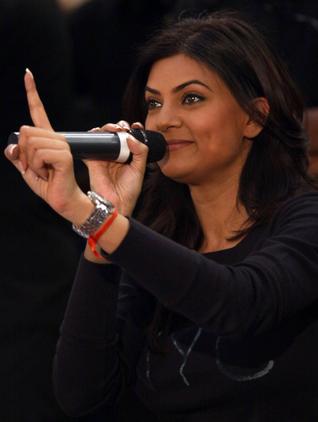 "Things happen to people who believe. If you believe something long enough it becomes a fact."

Life is a vicious circle so as for Sushmita Sen. After 23 years, the same stage has honoured her in one more way. "Philippine International Convention Center", where she has won the crown of the first ever Miss Universe of India and now she was there on the judge's panel for 65th Miss Universe Beauty Pageant. She wrote, "Life is full of circles, from winning Miss Universe, to having owned its franchise to now...returning back to Manila this time as a Judge at the 65th Miss Universe Pageant!!!" 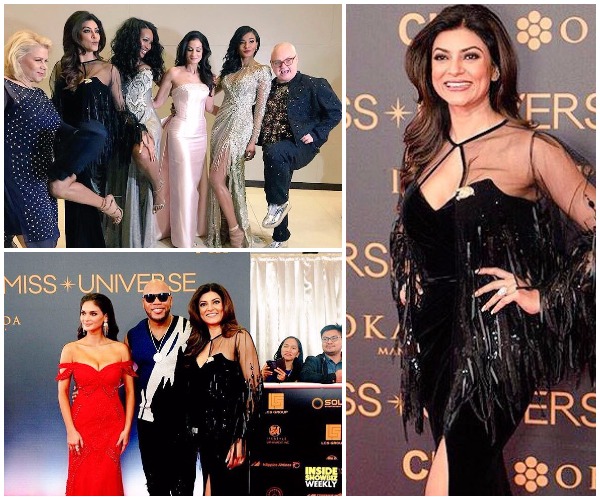 "I am a very content person, but I'm never satisfied and that drive me!"

Sushmita Sen always followed her heart regardless of all the barriers on her way. She is living life queen size and getting married is not an ultimate goal of her life. She will be seen as a person who paved the way for others to become successful and has emerged as a brand icon for inspiring millions of people.