A Sense of Freedom through beehive castle- Hawa Mahal

By Priti Singh Raghuvanshi - May 11, 2017
In the modernist era, covering the head or face with a veil has become more of a fashion statement than a culture. The significance of Ghooghat (veil) came into existence since the medieval period. Rajasthan for centuries, this royal desert kingdom has attracted the interest of people across the world. The lives of royal people are always a source of curiosity. The traditional protocol of modest dress and behaviour are very important for the all royal women. It was a belief that veiling practice help to shield royal women from unwanted male advance. In royal families, familial prestige, household harmony, social distance, affinal respect, property ownership and local political power are all linked to Purdah. This is the main reason behind the creation of this quintessential Hawa Mahal.

Maharaja Sawai Pratap Singh of Jaipur, the youngest son of Maharaja Sawai Madho Singh-I, came to the throne of Jaipur after the sudden death of the elder brother. He, himself was a great writer and patron of art, sports and etc. In 1799 he got so intimated and inspired by the unique structure of Khetri Mahal and built this famous ancient monument, Hawa Mahal of Jaipur. As royal women never appeared in public without covering their face with a veil. He made this to facilitate the royal women and provide them with a view of everyday life through the windows of Hawa Mahal.

Maharaja Sawai Pratap Singh is a believer of Lord Krishna design it in the form of his 'Mukut'. Constructed of red and pink crimson sandstone and white lime. The palace sits on the edge of the City Palace and extends to the Zenana or women's chambers. The top offers stunning views over Jantar Mantar and the City palace in one direction and over Sireh Deori Bazaar on the other. Hawa Mahal is a cultural and architectural heritage and a true reflection of a fusion of Hindu Rajput architecture and Islamic Mughal architecture. This palace was designed by Lal Chand Usta. 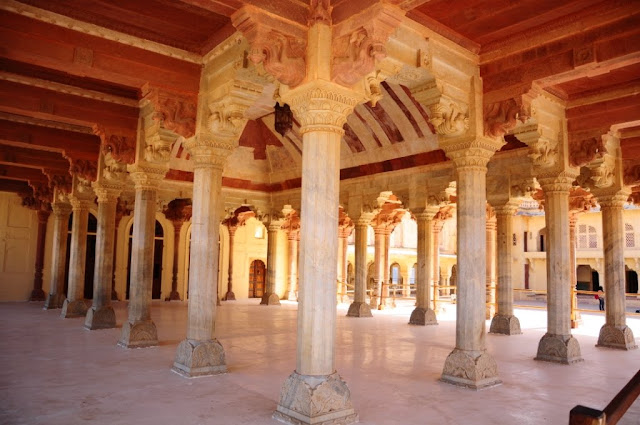 The extraordinary pink structure of  Hawa Mahal has five stories. Out of 5 stories, the top three stories of the palace has a thickness of a room with bottom two stories furnished with beautifully design courtyard on the three sides of the palace. The thickness of the walls of the palace is lesser than a foot, but have over 900 inches and a mass of semi-octagonal bays carved, sandstone grills and domes which give this place extraordinary facade. Interesting fact about this place is that there are no stairs leading to the upper floors rather then the stories are connected with slopes. 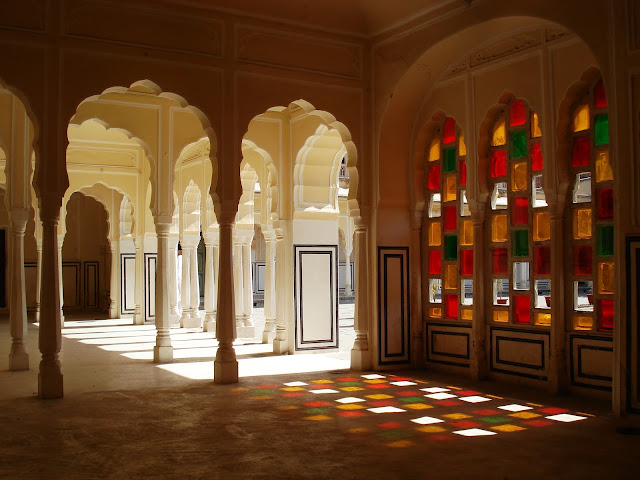 The five-story building has two large courts. The names of the five stories are- Sharad Mandir, the first one where the autumn celebration took place. The second storey is known as Ratan Mandir because of the dazzling glass-work on its walls. The third storey is called Vichitra Mandir, where the Maharaja was worshipped his deity Lord Krishna and the fourth is Prakash Mandir with an open terrace on the both sides.The fifth storey is known as Hawa Mahal. 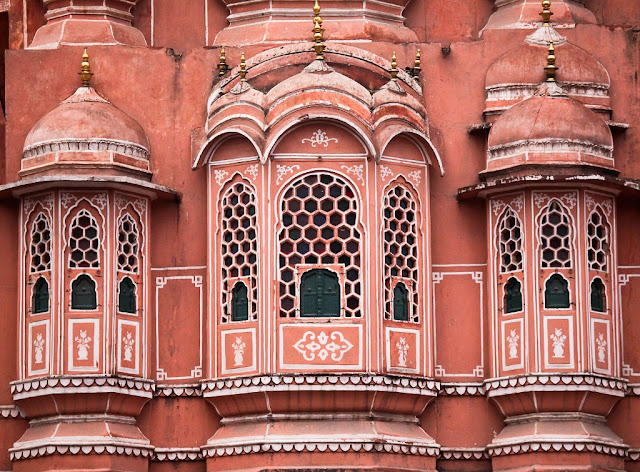 The authenticity of the place is understood through the unique layout of the design of Hawa Mahal. Akin to the honeycomb of a beehive with its 953 small windows called Jharokhas decorated with intricate lattice work. The lattice also allows the cool breeze from the Venturi effect through the intricate pattern. It is a real summer retreat in the hot weather of Jaipur. This old world charm has true reflections of Rajput Architecture in the form of domed canopies, fluted pillar, lotus and floral pattern, and Islamic style as evident in its stone inlay filigree work and arches. 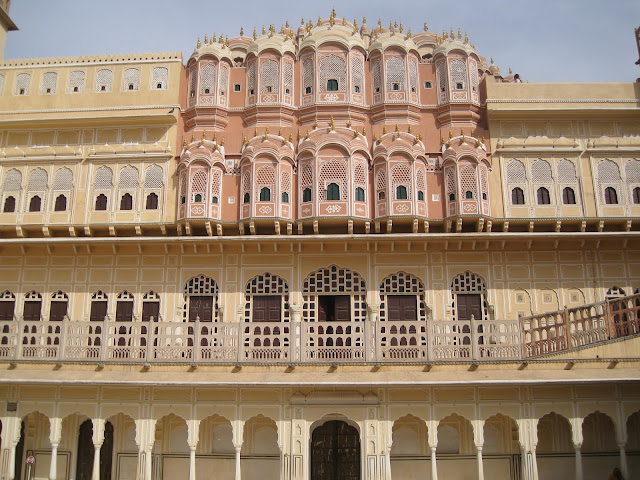 This place also has an archaeological museum. Exhibits include items of terracotta, antiques, swords, arrowheads, the helmet of the Kings of Jaipur. The ancient artefacts preserved in the museum give a glimpse of the rich past and exuberant lifestyle of the Rajput. So if someone gravitates towards historical monuments this a place to drive into the experience right away. Having its own royal historical importance, Hawa Mahal must be seen how our Rajput Queens used this palace to take fresh breeze without being seen by anyone.
Happy Exploring! 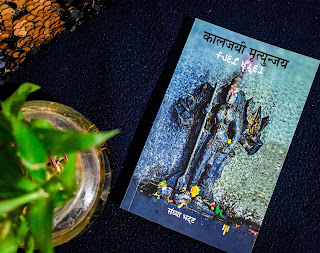